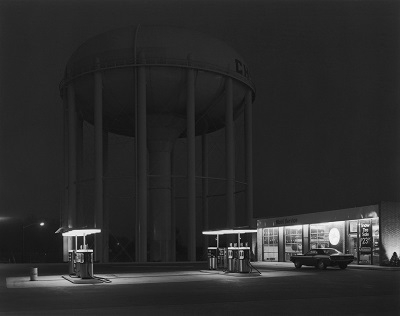 The GADCOLLECTION Gallery offers black and white photo prints. The photographers represented by the gallery use black and white to magnify their subjects and give them a timeless dimension. We invite you to explore the characteristics of this technique, which has been used by great photographers, such as Henri CARTIER-BRESSON, Richard AVEDON or Ansel ADAMS.

The use of black and white allows to extract the subject from its surroundings and to reveal characteristics hidden by color. Thus, black and white is particularly suitable for fashion photography, nude photography and for architectural photography, because it highlights the shapes and lines that composed the image.

The golden age of black and white photography span from the first part of the 20th century to the 1980s. Black and white printing was favored by photographers of these periods because they could easily do it themselves. Driven by the use of Cibachrome and requests from the press, color photography gradually took over. The transition from silver film to digital sped up this evolution.

The history of landscape photography is heavily related to black and white. Ansel Adams, Edward Weston, Minor White... and more generally the members of the f/64 group, granted letters of nobility to it. Other photographers then took inspiration from these pioneers to develop their own style. The black and white landscape photos of Pierre de FENOYL or Mario GIACOMELLI thus marked the 1970s.

Today, photographers such as Hiroshi SUGIMOTO, Michael KENNA, Alain CECCAROLI and Mitch DOBROWNER continue to capture black and white landscapes with photography. The GADCOLLECTION gallery has the honor to present the works of Mitch DOBROWNER, an immense American landscape photographer. His work has been awarded by numerous institutions and his photographs have been exhibited on the premises of Google, which has highlighted his photos of storms. 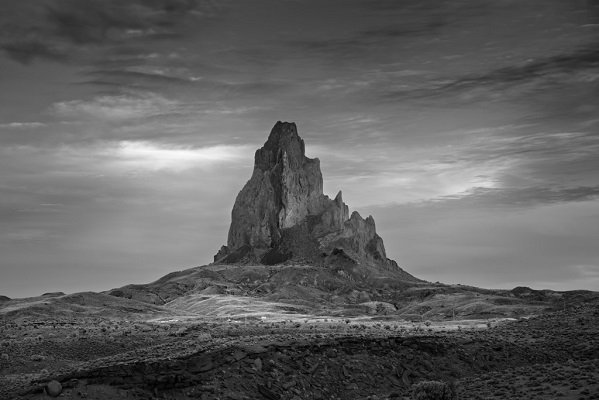 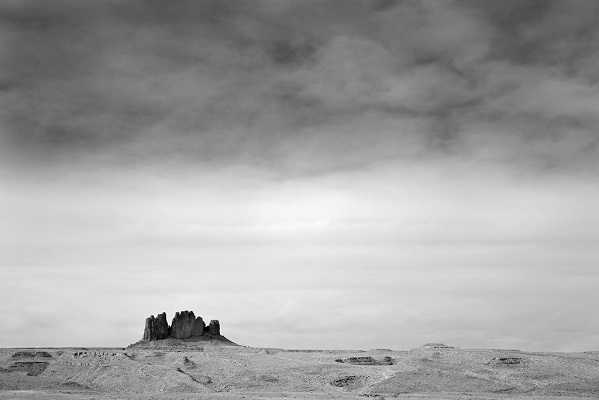 Street photography has a long history and black and white occupies a special place, with photographers like Robert DOISNEAU, Willy RONIS or BRASSAÏ. They were able to brilliantly photograph the streets of Paris and capture the atmosphere of the place. Their testimonies, ranging from the 1930s to the 1960s, help to keep the image of a now vanished Paris. This project was also the one of Jean-Claude GAUTRAND, photographer and historian of photography, great promoter of French photography.

Haute couture attaches great importance to shapes and draperies, black and white photography was therefore perfect for underlining the elegance of feminine and masculine wardrobes. Many photographers started their career as assistant for a fashion photographer, working with the famous newspapers Vogue, Harper Bazar or Vanity Fair.

Fashion photography would be nothing without its iconic photos, one of the finest is Girls in the Windows by Ormond GIGLI, also available in Black and White.

Nude photography is a discipline popular among artists, who likes black and white both to highlight shapes and also to use the contrasts between hollows and fulls. Lucien CLERGUE or Robert MAPPLETHORPE in the 1970s, but before them Bill BRANDT in the 1950s, did not stop sculpting bodies in black and white using their camera. The GADCOLLECTION gallery is responsive to artistic works that touch the human body, Florin FIRIMITA's photography series: "The bookstore project" has thus been exhibited several times. The series shows black and white photos of glamourous women in bookstores.

For film photography, the ease of black and white printing leads surrealist photographers to experiment with photomontage. Among the most famous of the inter-war years, there were Man RAY, László MOHOLY-NAGY, John HEARTFIELD and Alexandre RODTCHENKO. In the 1960s photomontage experienced a real revolution in the person of Jerry UELSMANN. This virtuoso of black and white photomontage produced gelatin-silver compositions that nobody dared to dream of before the use of digital. Present in the biggest museums around the world, you can discover and acquire his photos via our Jerry UELSMANN online showroom.

Animal photography is magnified by black and white. Photographers like Peter BEARD, Nick BRANDT and Sebastião SALGADO have been able to highlight elephants, lions, giraffes and other large mammals from the African plains. The way they look at the animal has always been respectful, with the aim of showing the majesty of animals.

The GADCOLLECTION gallery is sensitive to the animal cause. She regularly exhibits the Franco-Greek photographer Kyriakos KAZIRAS, one of the most famous artists of her generation. His animal photographs are distinguished by the tenderness and the emotions that he manages to transcribe. Each of his projects takes place in the heart of nature and his excellence, his eye and his patience allow him to shoot magic moments. The strength of the animal photographs of Kyriakos KAZIRAS lies in their propensity to speak to us. This outstanding photographer lets animal intimacy appear in his black and white photos.

Black and white gives altogether an idea of timelessness and of a time gone by, another way of highlighting the climate emergency. Black and white animal photographs thus reflect the fragility of ecosystems. This is that of recognized photographers like Kyriakos KAZIRAS and less famous photographers such as Stéphane AISENBERG, both represented by the gallery. Don't hesitate to have a look on their dedicated pages to explore our selection of black and white photos.

Find all the black and white photographs at sale in the gallery on our online exhibition space.