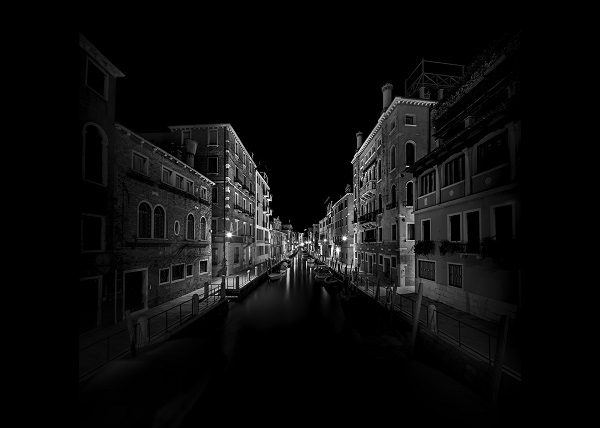 What is architectural photography? 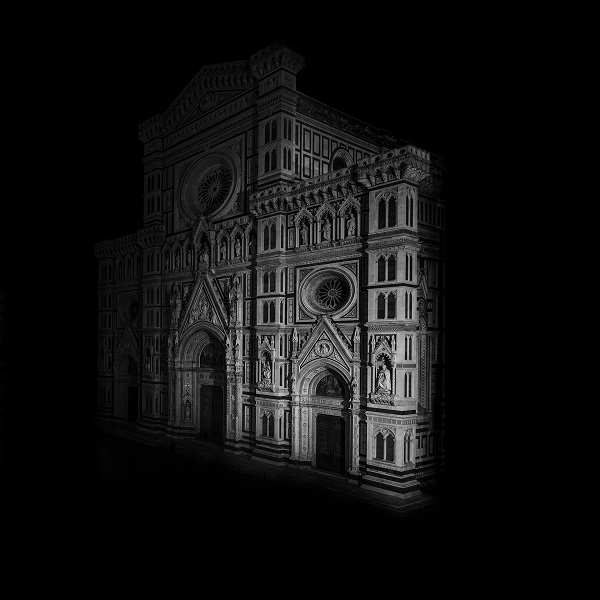 Following the invention of photography in the early 19th century, architecture quickly became a subject of inspiration. Indeed, the daguerreotypes, devices then used, required a long exposure time. The buildings then appeared as the dream subjects, leading photographers to be passionate about architectural curves and lines.

Providing a timeless character, black and white photographs have never been neglected by architectural photographers despite the arrival of color photography.

Thus, artists like George TICE have chosen black and white to question American culture through the photography of its buildings. Likewise, Jean-Claude GAUTRAND photographed Paris in black and white in the second half of the 20th century. These timeless photographs invite to projection.

George Tice, From the chrysler building, 1978 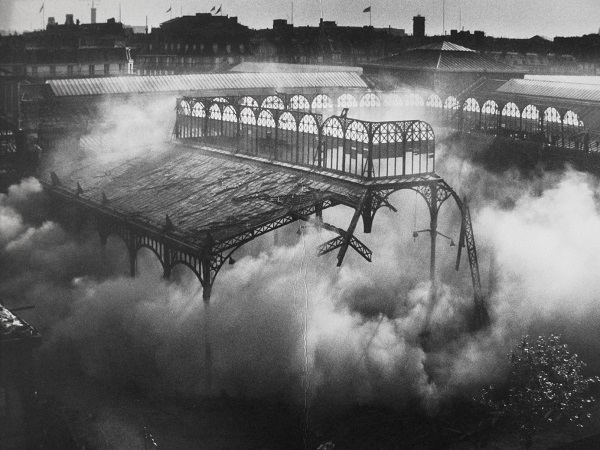 Alessandro PIREDDA is a photographer who captures historical monuments, illuminated on one side or by a beam of light. They are then hardly revealed. This play with light leads him to emphasize only the desired architectural element and thus reveal a particular aspect of the building. 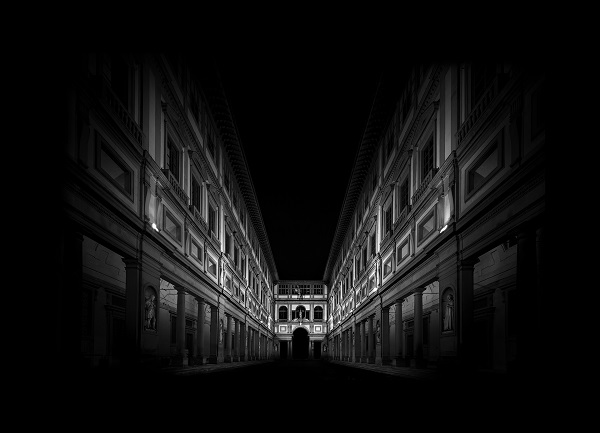 Urbex photography is a new form of architectural photography that appeared at the end of the 20th century. Urbex (urban exploration) is a practice aimed at exploring abandoned places. The photographs taken during these explorations reflect an architecture that has stood the test of time. They question human constructions and their ephemeral character. The photographs of the abandoned buildings on Ellis Island by Stephen WILKES are a good illustration of this.

To read our article on urbex photography click here. 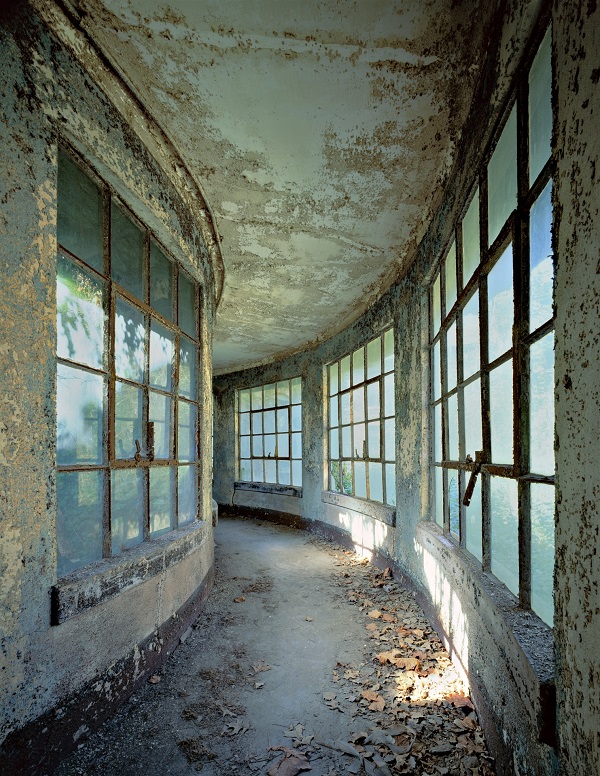 Likewise, Romain VEILLON is a French photographer who has traveled the world in search of abandoned buildings to photograph. His work on the abandoned city of Kolmanskop in Namibia or on abandoned Italian palaces are invitations to travel. 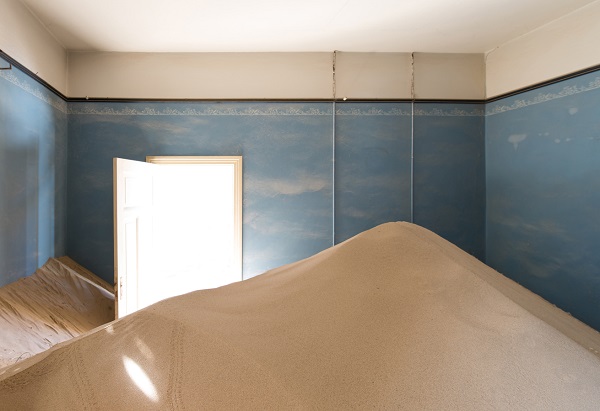 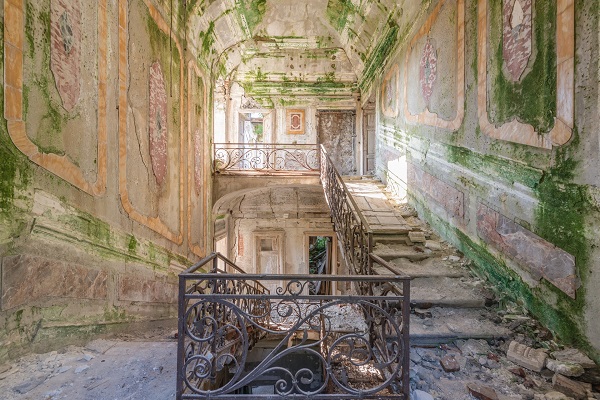 The importance of image composition

The choice in the composition of the image by the photographer determines the tone of the photograph and the atmosphere it will give off.

The photography of urban areas: a wide framing in height

The Shanghai series by Cássio VASCONCELLOS is representative of this type of architectural photography. The photographs are taken at a safe distance and at the height of the towers. By capturing these buildings through the mist, he paints a personal portrait of this city. 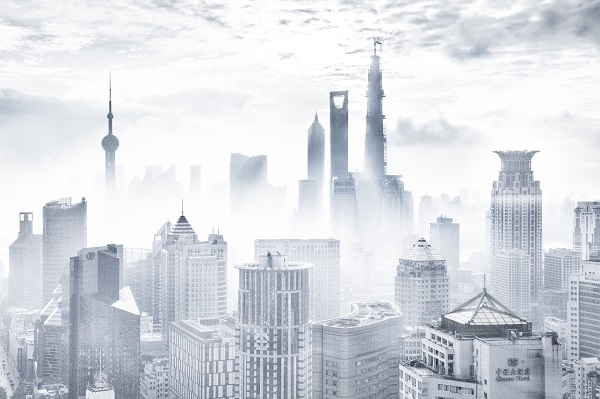 Stefano CERIO generally chooses wide frames to serve his work, questioning places of leisure around the world. In this way, these photographs of unused monumental attractions manage to particularly impress the viewer. 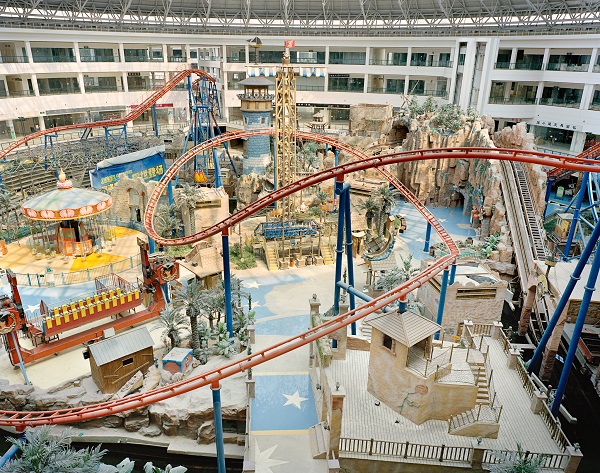 In his Day to Night series, Stephen WILKES offers a fresh take on architectural photography. From the same angle of view, he takes a thousand photographs of a building in one day. By assembling these images, he obtains a photograph showing him from day to night. 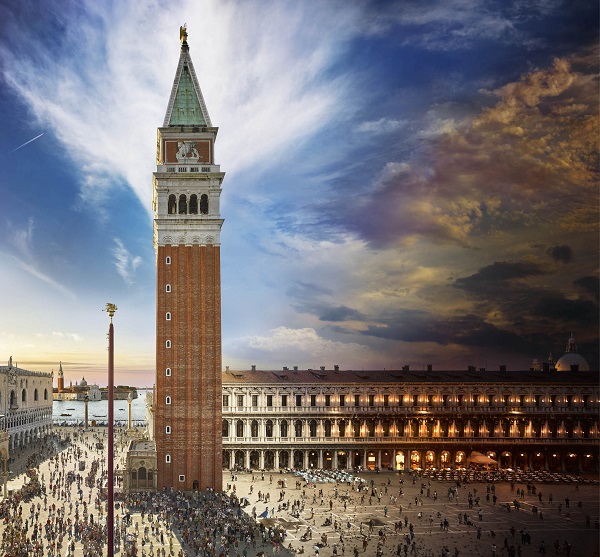 The photographer can just as well opt for a tight, more intimate shot. This type of framing allows the artist to focus on an architectural element and to sublimate it. Likewise, he can choose an offset framing in order to bring a new vision.

In his series Nocturnes à Paris, Cássio VASCONCELLOS opts for off-center and tight shots focusing on one or more details of Parisian monuments. These photographs therefore offer original plans.