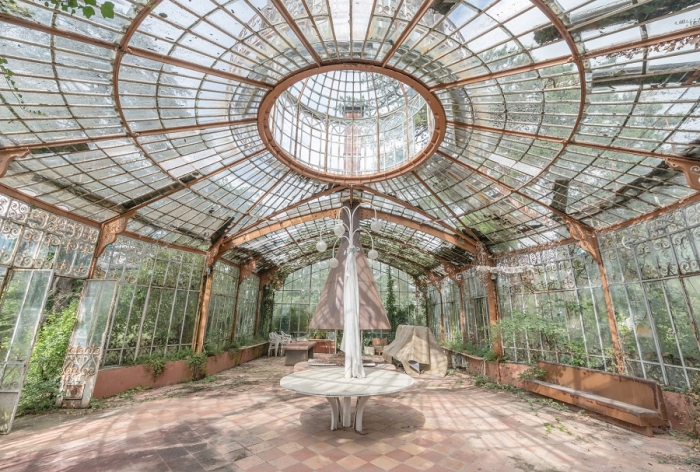 Urbex photography has gained exceptional visibility these days. Many photographers popularized thismovement andmade it known toa wider audience.Thefirstprinciples of urbex being solitude and secrecy, this popularization seems unnatural. This is indeed a hidden and prohibited activity. However, the photographers on this adventure generally did not resist the urge to share the fruits of their explorations. Photographs capturing the beauty of passing time and the decay of abandoned places flourished on social networks and in art galleries.

What is urbex photo ?

Urbex (urban exploration) is a practice born in the 1970s that involves visiting abandoned and forbidden places, built and abandoned by man. These visits are "wild", since made without authorization. They are nevertheless framed by an implicit code of urbexers, with the aim of preserving as much as possible the places explored. The followers of this practice must therefore neither steal nor damage the place. Likewise, the addresses of the remains are rarely made public.

In France, this practice developed in the 1980s in the Paris region, notably with the appearance of cataphilia (visit to the catacombs). Urbexers are looking for adventure, thrills, history and photographs.

Photographers immerse spectators in the heart of their explorations. They try to understand the history of the place by capturing the faces of the buildings as they pass. Following bad weather or other visits, this face will never be the same. These photographs are therefore precious testimonies of the state of an abandoned place at a specific time. The photographer thus becomes a poet, sublimating these abandoned places and offering them to posterity.

Urbex photography essentially captures the passing time and questions the ephemeral aspect of human constructions. By photographing places disinterested by humans, the artists highlight the ravages of time on these buildings. These images also question the sustainability of human ambitions. The captured places were all built and abandoned by men. They are now neglected, no longer serving the interests of the latter. These photographs invite introspection, reminding us that everything passes.

However, Romain VEILLON and Stephen WILKES manage to highlight the unfortunate beauty of these decaying places. The work brought to light makes it possible to illuminate these forgotten places. 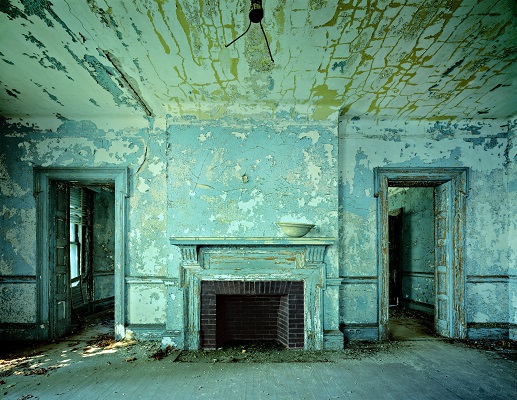 Urbex photography can take many forms. It can be done with a model, embellished with light painting or by focusing only on an architectural element such as the staircase. It can also focus on the nascent nature, invading the abandoned place. The images then offer a reflection on the culture / nature opposition. 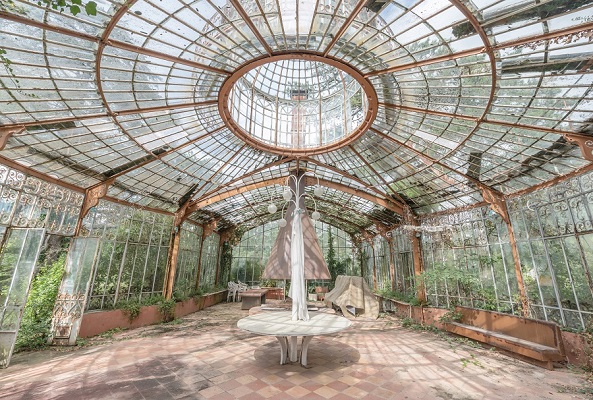 Man wanted to tame his environment by building mighty structures. But once these places have been abandoned, the plants come back to sublimate them. These photographs are a mischievous reminder that nature always ends up taking back its rights. Whether on Ellis Island, in Europe, or in the Namib desert, the same process is observed by Stephen WILKES and Romain VEILLON.

Romain VEILLON is a French photographer doing urbex photography around the world. To see his photographs of the abandoned town of Kolmanskop, in the Namib Desert, click here. 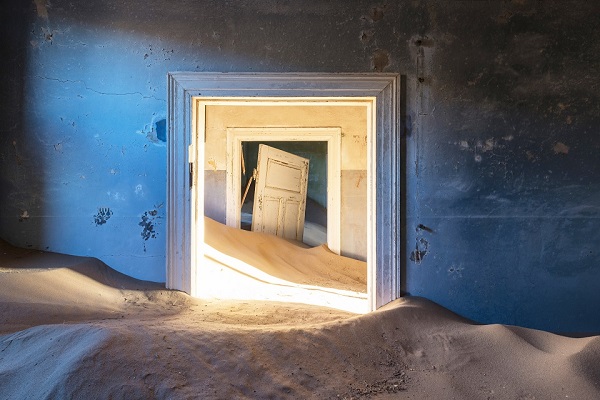 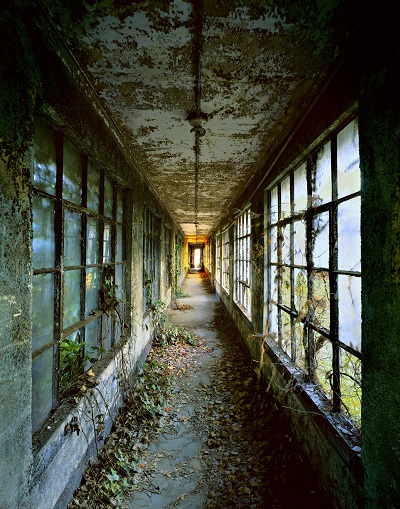 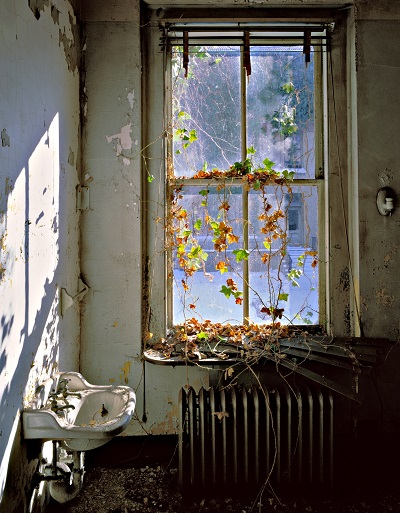 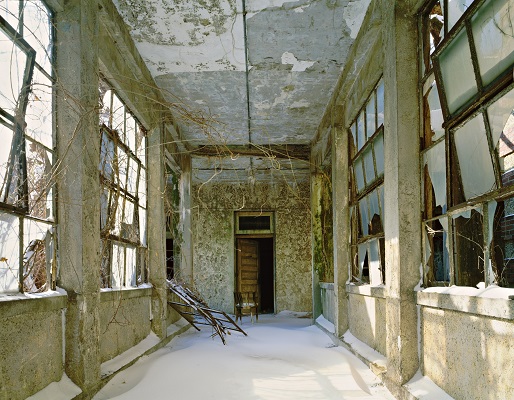 However, during their explorations, urbexers can discover secluded places, untouched by time and nature. These time capsules preciously keep their integrity out of sight. By capturing these places unchanged since their abandonment, the artists do them justice while offering the viewer a journey through the ages. These remains are thrilling testimonies of a stopped life. Their intact walls cradled in light recall a flourishing past that has now disappeared. 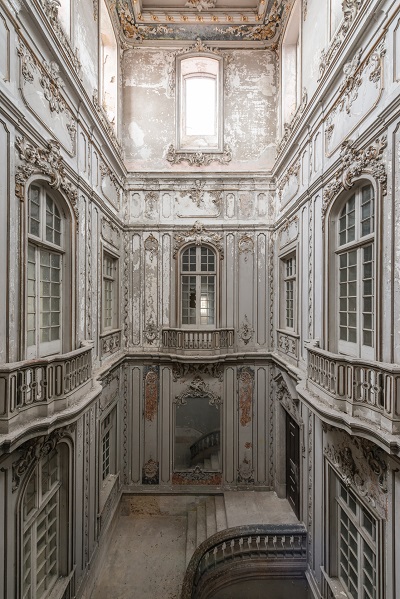 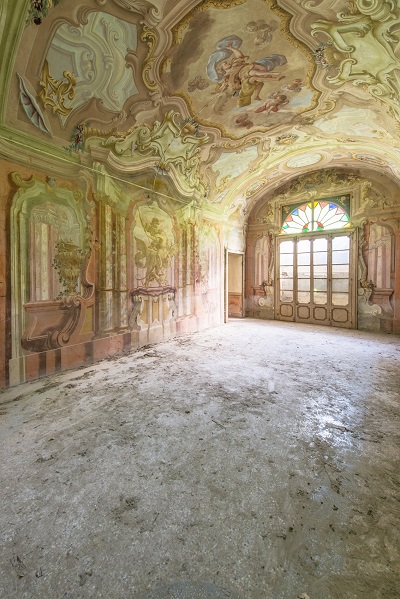 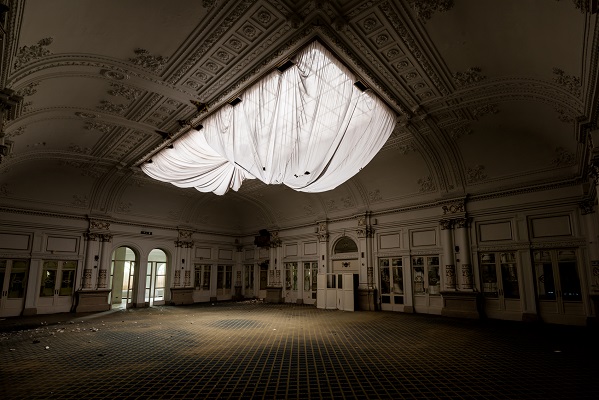 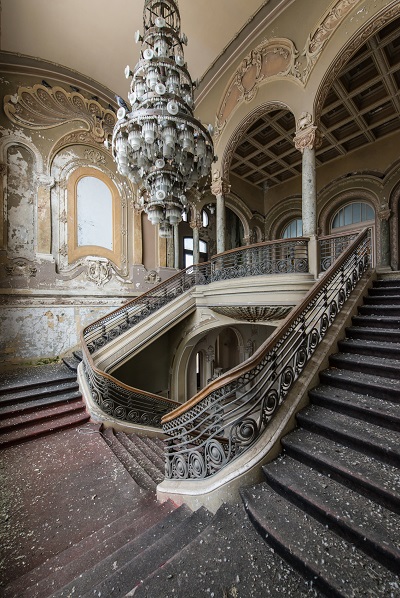 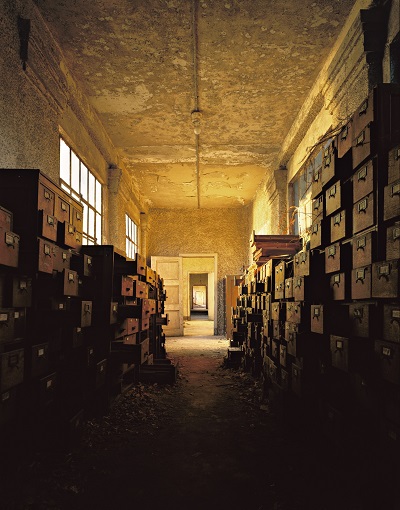 These immense volumes of emptiness then arouse in the viewer a feeling of timelessness and plenitude. The deserter man is replaced by a historical presence that inhabits these places and amazes us.