Jean-Daniel Lorieux is one of the most famous French fashion photographers of the 20th century. He was born in 1937 in Paris into a family of industrialists. Fleeing from the rigors of Jesuit education, he took refuge in the theater and attended René Simon’s drama lessons.

However, his dreams of cinema were thwarted by the Algerian War. Indeed, he was mobilized on the spot as a photographer during his military service. He then photographed the horrors of war. This period marked him, instilling in him the desire to take happy photographs, full of sunshine and love. He will succeed.

Assistant in the Studio Harcourt in 1964, he quickly became independent and promoted color. The paradisiacal islands of the South quickly became his studios. From the Maldives to the Seychelles, Jean-Daniel Lorieux crisscrossed the beaches in search of sun, light and joy.

At a time when models were starting to become stars, he directed them for the biggest fashion newspapers. The great fashion houses such as Cardin, Lanvin, Céline, Dior and Paco Rabanne then secured his services.

The LORIEUX style: sensuality, a dose of provocation and a touch of chic.

He knew how to impose his style, by idyllic photographs, always unexpected, mixing eroticism and happiness. The joyful sensuality emanating from his work is mixed with a provocative humor. His colorful photographs sublimate his exceptional models. Great models like Claudia Schiffer or Stéphanie Seymour, to actresses like Sharon Stones and singers like Frank Sinatra, all have passed her lens.

Jean-Daniel Lorieux, however, did not limit himself to fashion photography. He indeed produced many portraits of personalities, who came to seek his benevolent gaze. Moreover, close to Jacques Chirac, met in Antibes in 1987, he carried out his visual campaign for the legislative elections of 1988. He also tried his hand at pop-art painting following his meeting with Andy Warhol. In 2008, he embarked on a fabulous project: telling Bouglakov's The Master and Margarita in photography with Isabelle Adjani.

Jean-Daniel Lorieux is recognized today for having made fashion photography evolve. Through his happy, positive and unexpected photographs, he has left his indelible mark. 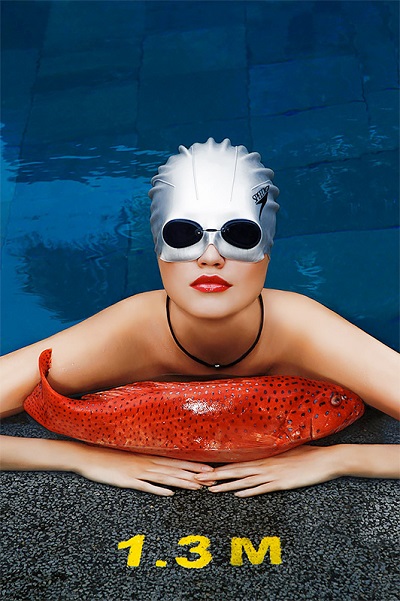 First prize at the Festival of International Fashion Photography, Cannes, 2005