Massimo VITALI (1944-) is an Italian photographer, he started studying photography at The London College Printing. From the 1960’s to the 1980’s, Massimo VITALI pursued a photojournalistic career. His meeting with Simon GUTTMANN and his personal reflections lead him to change for a more artistic approach of photography. He lingers over commonplace elements flooded in our society and visible on a daily basis. His large formats of beaches illustrate strikingly the idea of societal practices considered normal, but which seem rather strange when observed carefully. Many museums have bought and exhibited Massimo VITALI’s photos, mainly the ‘Beaches series’ he began in 1995. 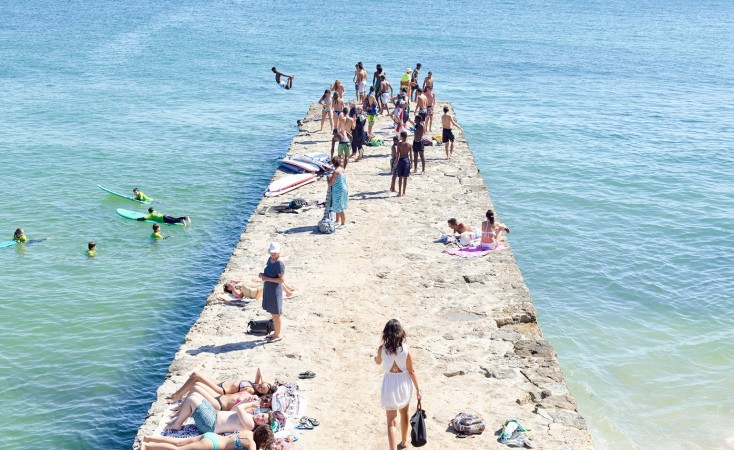